When you’ve had a season like that of Justin Thomas, it can be difficult to determine the most important metric amid such heady success. Unless you’re his dad.

Mike Thomas can recite chapter and verse on the accomplishments that are expected to earn his son the PGA Tour Player of the Year award: the five wins, the first major victory at the PGA Championship, the FedEx Cup title, record-setting rounds (59 at the Sony Open, 63 at the U.S. Open), the Arnold Palmer Award for topping the money list, the 3½-1½ record in his first U.S. team appearance at the Presidents Cup.

The 2017 season has brought an avalanche of accolades for the 24-year-old, but none of those tops his old man’s list of what matters. 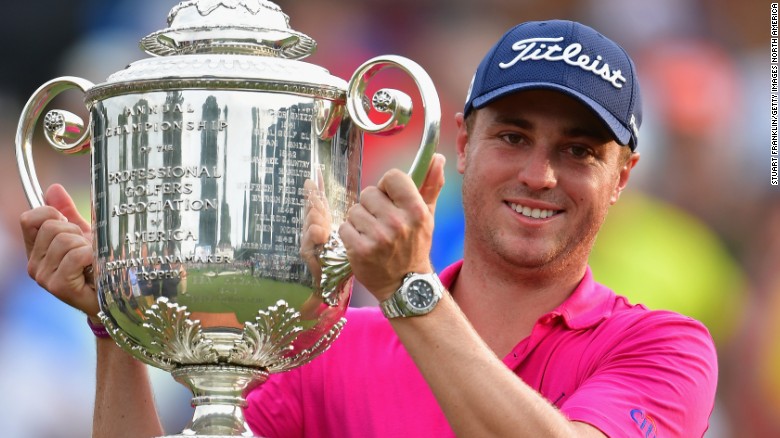