It’s a glib Hallmark sentiment to note that 155 men departed the 104th PGA Championship disappointed and only one didn’t. A handful of the 20 club professionals competing surely had no real expectation of making the cut and were happy to make folks proud at the club back home. Same for a few ex-champions content to enjoy a 36-hole stroll down memory lane. Disappointment is a burden particular to those with expectations, and within that there are tiers.

Dispirited. Dejected. Despondent. Distressed. Whatever box a player checks isn’t necessarily related to his departure time. A man who packs up Friday evening might be deflated, but he’s hardly feeling worse than one who gets into contention and comes up painfully short.

END_OF_DOCUMENT_TOKEN_TO_BE_REPLACED 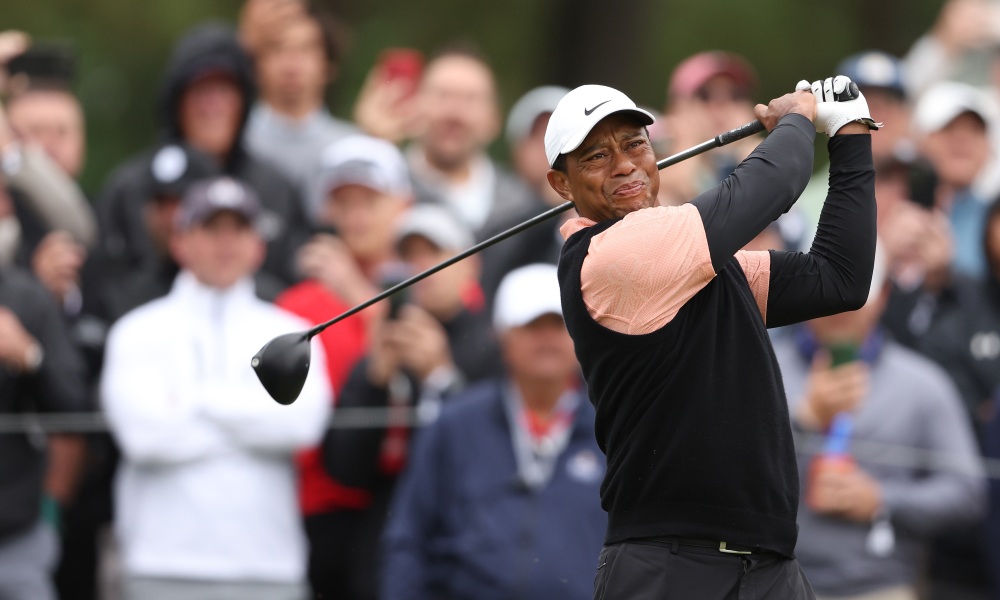 END_OF_DOCUMENT_TOKEN_TO_BE_REPLACED

In some respects, Justin Thomas is just what you’d expect to get if you asked central casting to send over a millennial golfer—joggers and hoodies, niblick-thin physique, social media playfulness, an easy swagger that is the privilege of youth. Yet a case can be made that Thomas is the most old school player on the PGA Tour, and Friday at the PGA Championship should be entered into the book of evidence.

END_OF_DOCUMENT_TOKEN_TO_BE_REPLACED

Too often lately golf has seemed less a sport than a business, with every precinct of the professional game consumed by news, gossip, threats and intrigue about rival leagues and red lines. Thursday at Southern Hills promised a welcome return to the good ol’ days, when the game’s reference dictionary entries for ‘B’ included birdies and bogeys, but not bonesaws: a major championship, a sublime venue, a blockbuster group, a wealth of storylines—in short, golf as it used to be. That promise was delivered upon, and even the brief intrusion of the aforementioned corporate chicanery was positive.

END_OF_DOCUMENT_TOKEN_TO_BE_REPLACED

Thirteen years after he last competed in one, major championships are still proving a reliable source of disappointment for Greg Norman. At last month’s Masters, Augusta National chairman Fred Ridley clearly signaled his support for golf’s existing world order, thereby tacitly rejecting Norman’s Saudi-funded effort to carve off the top of the professional game. On Tuesday at the PGA Championship, the Great White Pilot Fish was served even less nourishment.

END_OF_DOCUMENT_TOKEN_TO_BE_REPLACED

In their more reflective moments, it must rankle the triumvirate of Messrs. Waugh, Whan and Slumbers that the most compelling drama in golf over the coming months is likely to occur outside the ropes of their respective major championships. The 58 days between Tuesday at Southern Hills and Thursday at St. Andrews will be contentious and do much to shape the sport’s future landscape, and will leave many industry executives yearning for the halcyon days of Shell’s Wonderful World of Golf, when the influence of oil money in the game was considerably less toxic.

END_OF_DOCUMENT_TOKEN_TO_BE_REPLACED

Every comeback success for a PGA Tour star has an inescapable corollary in that some other struggling player will be shunted into the crosshairs of pitiless commentators who were previously focused on his now-resurgent peer. For that reason alone, Jordan Spieth ought to stand Rickie Fowler a drink when they next meet.

Like all professional golfers, Fowler is accustomed to criticism. The slings and arrows of Strokes Gained statistics will draw blood from even the very best, much less someone struggling with swing changes who has managed only four top 20 finishes in the past year. But whereas Spieth was scrutinized almost exclusively for his on-course performance, judgments on Fowler seem less about play than perception, the chaffing sense among golf fans that he is coasting down Easy Street.

END_OF_DOCUMENT_TOKEN_TO_BE_REPLACED

When historians eventually tally the cost of the Donald Trump era, the manifold indecencies of which culminated in Wednesday’s sacking of the United States Capitol during a failed insurrection, golf will not be counted among its casualties.

The game will instead be portrayed as Trump’s refuge, something he did while ignoring a pandemic that has claimed 365,000 lives, refusing to acknowledge a resounding electoral defeat, and inciting feeble-minded fascists to violence that left five people dead at the opposite end of Pennsylvania Avenue.

The alternative? That a sport which prides itself on values like honesty, integrity and devotion to the rules will be characterized as a welcoming sanctuary for a brazen and amoral insurrectionist, a world in which a racist con man was never discomfited, even while taking a wrecking ball to the constitution and the rule of law.

END_OF_DOCUMENT_TOKEN_TO_BE_REPLACED

Alpha dog athletes don’t rely solely upon the tools of their trade to stake out their territory. A well-timed gesture or pointed comment can be just as corrosive to the confidence of rivals as any excellence in the arena. Roger Federer was a master of it, sometimes congratulating a victorious opponent for having played the match of his life (translation: you had to play the match of your life to beat me!). Tiger Woods is golf’s greatest practitioner of psych ops, so he’s unlikely to have missed Brooks Koepka’s exquisite mastery of the dark art at Bethpage Black.

Not that pre-tournament press conference, during which he declared majors easier to win than regular PGA Tour events. No, Koepka’s alpha doggedness was on display in subtle drone strikes targeting Woods himself. 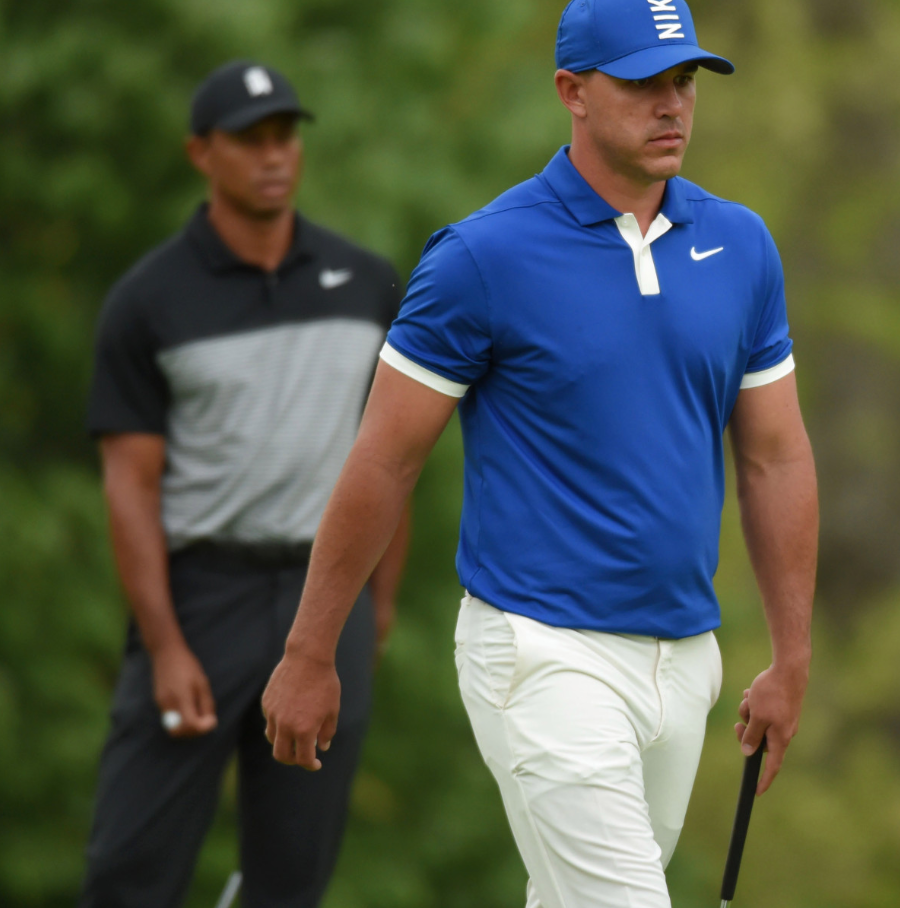 END_OF_DOCUMENT_TOKEN_TO_BE_REPLACED

It was a glistening, 420-horsepower Cadillac Escalade that ferried John Daly to the distant 10th tee at Bethpage Black Thursday afternoon, and a mud-spattered, 3.3 horsepower electric cart that he pointed down the fairway to begin his opening round in the 101st PGA Championship. His ride, like his career, a faded carbon of what it once was.

A man who quickly swaps vehicles deep in the Long Island woods might fall under suspicion of doing something illegal, but in the case of Daly it was merely something unsporting. And unsurprising.

END_OF_DOCUMENT_TOKEN_TO_BE_REPLACED

For Ricky Elliott, 2018 ended much as it began: going downhill fast.

In December, that meant a maiden ski trip to Colorado. January hadn’t been as much fun for Elliott, the longtime caddie for Brooks Koepka. Just a few holes into the year in Hawaii, a wrist injury benched his man for three months.

“It was worrying. I honestly thought if we could play at all this year it would be a bonus,” Elliott said. “It was one of those dark areas where there was no timetable on his comeback. It was a long period of not knowing if you’re going to have a job. I felt more sorry for him than I did for myself.”

END_OF_DOCUMENT_TOKEN_TO_BE_REPLACED

You can learn a lot about how a president governs by watching his golf game. Bill Clinton, for example, had a reputation for cheating. George W. Bush rushed along, blind to the bigger picture. Gerald Ford was endearingly hapless. And then there’s President Donald J. Trump.

I played with him just once, on August 20, 2010, and it was quite an experience. At the time, I worked at Golf Magazine and had been invited to join the editor in chief and a corporate executive at Trump National Golf Club in Bedminster, New Jersey. Back then, Trump was overly solicitous of golf media, eager to influence their course ranking lists to include his properties. The character I saw and heard over those few hours has since become a familiar part of public life.

END_OF_DOCUMENT_TOKEN_TO_BE_REPLACED

The two most well-worn ruts in professional golf are when a player judges his self-worth by his scores and when fans weigh his impact solely by heft of trophies won.

Those are myopic criteria, and wholly inadequate to measure the legacy of Jarrod Lyle.

END_OF_DOCUMENT_TOKEN_TO_BE_REPLACED

One day after the PGA Championship wrapped, I joined Damon Hack on Golf Channel to talk about the likely picks Jim Furyk will make for the Ryder Cup, and reliving Tiger’s great run at Bellerive. Watch it right here.

It was fitting that the 100th PGA Championship was contested on a golf course with all the design variety of a boxing ring. Sunday’s slugfest deserved to be conducted under the Marquis of Queensbury’s rules rather than the U.S. Golf Association’s.

Brooks Koepka confirmed himself as the undisputed heavyweight champion with his second major victory of the year and third in six starts, having sat out the Masters with a wrist injury. His was a decisive win, but it was a win on points.

This was no knockout. The greatest of them all, a man who has been punch drunk and on the ropes for several years, was still on his feet, and until his very last shot was throwing haymakers with a ferocity not seen in a decade.