Mark Hensby spent most of 2018 waiting for the year to be over.

An end of sorts finally came on Oct. 26, when his 12-month suspension from the PGA Tour expired, leaving a 47-year-old veteran unsure of how much game he has, where he will play and whether he’s even welcome.

END_OF_DOCUMENT_TOKEN_TO_BE_REPLACED

Golf has marketed the virtue of its players for so long that you’d be forgiven for assuming PGA Tour cards come with certificates of moral rectitude.

Until we recently began living under par, “These Guys Are Good” was recited with an almost evangelical fervor. The slogan wasn’t intended to refer only to the quality of play evident on Tour, but also to the not so readily apparent qualities of its members: sportsmanship, humanitarianism, charity.

That branding has two potential snares: Even a trivial divergence from the righteous narrative is magnified, and it denies golf fans the manufactured hatred that thrives in other sports. After all, it’s tough to hate a guy when you only hear about his decency and kindness to puppies.

END_OF_DOCUMENT_TOKEN_TO_BE_REPLACED

It’s reasonable to wonder if the field of sports psychology would exist but for golf. No game does a more comprehensive job of stripping its competitors down to the studs, exposing any rot and weaknesses that lie beneath a once imposing facade.

That’s true of major winners and municipal chops alike. The list of golfers who’ve been thoroughly humbled by one frailty or another reads like roll call at the Hall of Fame.

Putting hobbled Hogan and Watson and Els. With Nicklaus and Woods it was chipping. The greats find ways around it, of course, and move on. But it’s hard to go forward if you’re hitting it sideways. Losing the driver is what they all fear. That’s what finished Ballesteros, Baker-Finch and Duval, and damn near ended Stenson too.

Steven Bowditch doesn’t belong in this elite company, at least not in terms of the ecstasy known to major champions. But when it comes to the agony golf can inflict, the 35-year-old Australian fits right in. 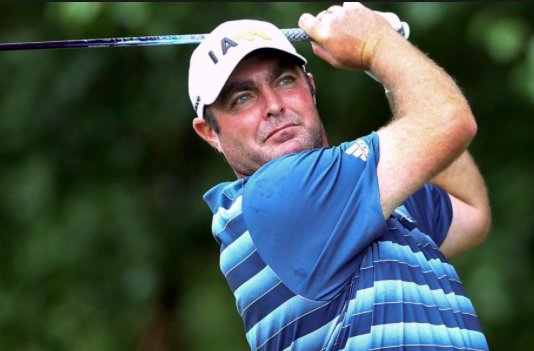 END_OF_DOCUMENT_TOKEN_TO_BE_REPLACED

If Donald Trump appears as expected Sunday at the Presidents Cup, he might find more spectators on the course than he did votes in Hudson County, N.J., where Liberty National Golf Club sits.

Looking east across New York harbor wouldn’t offer much succor either, since he lost his home county in Manhattan by a 9-to-1 margin. No, to find his base, the president would have to peer south to the only county around here that he carried, Staten Island, long known as the only borough welcoming of New York City’s garbage at its infamous, now-closed landfill.

Alternatively, he could just gaze around the locker room.